The name “Piasentina stone” derives from an Friulian anecdote, according to which people used to describe it as a stone that people like (“una pietra che la piase” in the local dialect), in other words a material that is appreciated for its physical and aesthetic features. 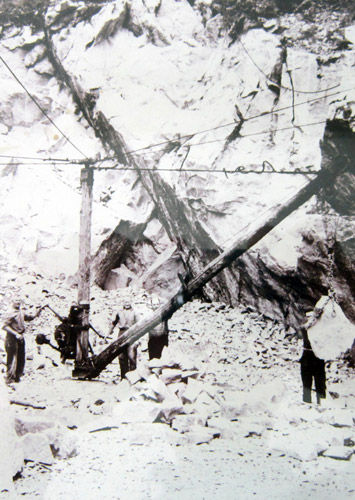 The first evidence of the use of the Piasentina stone dates back to Roman times during which quarries were used by Romans for the construction of the neighbouring town of Cividale del Friuli, the ancient Forum Iulii founded by Julius Caesar in the I Century b.C., then during the Lombard period (IX Century) until the present day and usually used for the creation of sculptures, buildings and important monumental works.

Today the Piasentina stone is known in Italy and abroad as the stone from Friuli par excellence and it is particularly appreciated in architecture for its extraordinary chromatic nuances and for its adaptability to internal and external use.